In either case, the /system partition isn't big enough for all but the smallest interfaces. So if you install anything bigger, use --partition or --recovery-install-partition, depending on which way you install it, to choose a bigger partition. /data should have more than enough space.

Because postmarketOS uses partitions differently than android, reverting back to stock is a bit more complicated. These instructions should work in any situation, except if you managed to break the bootloader or physically damaged your device.

By default the device will drain its battery even if it is connected to your PC because USB does only provide ~100mA. This can be changed with:

If you want to use a standalone charger, the following commands have to be issued after you plugged in the charger:

Issue the following command to monitor the power consumption:

After booting the UI doesn't react to user input. Restarting lightdm solves this:

For some unknown reason, most interfaces only show a black screen after booting. If you have your device connected via USB, you can execute sudo startx over ssh. Somehow, this seems to fix it, at least temporarily (plasma-desktop just goes back to showing a black screen after login). 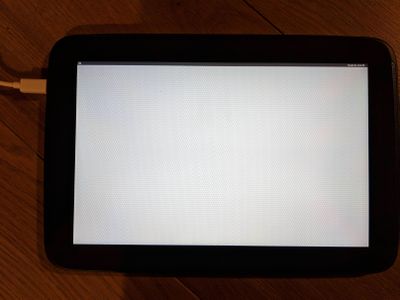 The Exynos 5250 has support in the mainline kernel, so this tablet might be a good candidate.