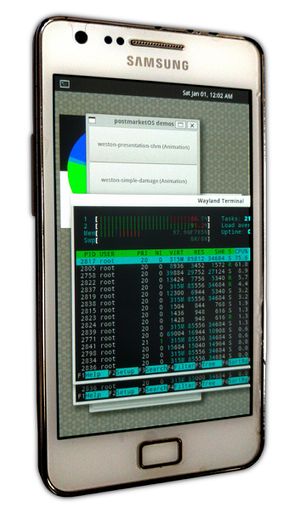 To avoid reflections on the screen, you can take the photo from the side.

Here are a few tips on how to make photos with devices running postmarketOS look relatively good, even if you just use another phone to make the photo.

Creating a gif from a video

Useful for new blog posts. See also: Cut up a video with ffmpeg