Work is being done to make this device ready for daily use with postmarketOS: milestone#1

Find and report PinePhone related issues here. Keep in mind, that postmarketOS is currently in alpha state. Join the chat if you have questions.

The PinePhone is a smartphone by PINE64. The postmarketOS vendor and device names are "pine64" and "pinephone" respectively. The back panel can be lifted off by pulling at the notch on the bottom-right corner of the phone. This exposes the battery, microSD and SIM slots, and dipswitches. It comes with a 3000mAh battery and uses the same form-factor as the Samsung Galaxy J7 (2015) for replacement.

Hint: The PinePhone will boot to the microSD card first if it's bootable, or the eMMC if not.

The recommended installation procedure is installing to a microSD card by following the Installation Guide and to pass "--sdcard=/dev/(...)" to "pmbootstrap install".

Hint: Passing the additional option "--fde" to "pmbootstrap install" will create a LUKS root partition on the target device and will allow you to set a password during the installation process.
Note: The above option may throw the following error when entering a passphrase "WARNING: Locking directory /run/cryptsetup is missing!" This can be safely ignored See here.

postmarketOS can be installed onto the eMMC by flashing Jumpdrive onto a microSD, booting it with the USB connected to the PC and following the microSD install instructions above or by booting a Linux distribution on the phone first and doing the installation process via pmbootstrap on the phone directly:

If this throws an error mentioning "/dev/installp2" when trying to install from postmarketOS on the microSD card over an existing installation of postmarketOS on the eMMC (including the factory test image), the partitions of the existing installation on the eMMC need to be deleted and the phone needs to be rebooted once after doing so due to a bug, see here

postmarketOS can also be installed using premade images from here. Some of these images are purely for demoing specific things and aren't usable for general use and will never be. These images can be installed by using dd, or your favorite image writer.

Note: This requires sufficient space on the microSD, partitions created from images using dd need to be resized.

Installing postmarketOS on the eMMC directly from a computer via FEL is also supported. This requires the user to enable FEL mode, the boot-tools to mount the eMMC as mass storage are currently however not compatible.

The pinout for the serial connector on the headphone jack is:

You can also buy the debug cable from PINE64 Store The store cable uses a 4 ring plug, as seen in the PDF, but a 3 ring plug works just as well.

There's a 6 contact dipswitch on the back of the phone underneath the back cover. The 6 switches are for enabling/disabling hardware components. The switch has tiny numbers 1-6 beneath the contacts, moving the contact up sets that contact on.

There is a 2x3 grid of pogo pins on the back of the PinePhone for connecting a back cover with extra hardware like an extended battery case or a keyboard case. The pinout for this connector:

the USB5v line is meant to charge the phone and the 3v3 is to power peripherals to the phone. The I2C and interrupt lines have pull-ups on the phone side.

The cameras both share the csi-0 bus. Currently only the rear camera (OV5640) has mainline linux support.

It's also not clear how the camera switching would work on the software side, the current issue is that the sunxi csi driver doesn't support multiple camera endpoints.

The camera hardware pipeline is controlled with /dev/media1 and media-ctl, the result is on /dev/video1 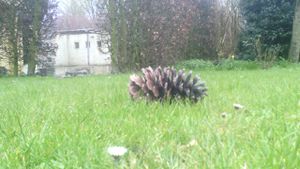 Please note, that the driver for the sgm3140 is not yet included in the main kernel source and as such is not available for use yet without compiling the module yourself.

The camera flash consist out of a SG Micro SGM3140 "500mA Buck/Boost Charge Pump LED Driver" and a EHP-C04 LED. It supports Flash and Torch mode, the first being brighter but only for 200-300ms, when it switches to Torch mode automatically. Torch mode is lower brightness but can be turned on continuously.

Controlling the flash from user space is possible via sysfs and via v4l2:

The wifi uses the rtl8723cs driver and is functional. There is still an issue with the driver not reloading correctly when the SoC is put into suspend mode, this can be worked around by reloading the kernel module:

The bluetooth connection is handled by the wifi chipset. It is functional but there is no integration in Plasma Mobile yet. To pair a bluetooth device start the bluetooth service and use bluetoothctl to connect.

To use bluetooth headphones with pulseaudio, the package pulseaudio-bluez is required.

Receiving and sending text messages works, The calls work but there are some issues left with the audio routing. Mobile data is functional. For information on audio routing and setting up the modem in phosh, see the specific article.

To bring up mobile data run the following commands (for plasma mobile):

In order to connect to the serial console of the modem, you need a terminal application. One option is to use minicom.

Connect to the console by issuing:

The command AT returns OK:

The command ATI returns some version information from the modem:

Some more details on how to configure the modem is available here. The reference for the available commands is the EC25 & EC21 AT Commands Manual.

All sensors work and are accessible as Industrial I/O (iio) devices in Linux. To query the data you can cat the files in `/sys/bus/iio/` to make the kernel module query the sensors

You may turn on and off the blue led by issuing:

Make sure you run these commands as root (sudo -i), sudo echo 1 > /sys/devices/platform/leds/leds/pinephone\:blue\:user/brightness, won't work.

Start by making sure alsa-utils are installed:

You may use amixer, or alsamixer to unmute the required channels, and to control the volume:

Alsamixer (use terminal keyboard input to use up/down/left/right keys, to set volume and select devices):

Test the sound output by issuing:

Failed to create boot/xxx: No space left on device

A bug has been observed where too many initramfs's are created. To fix, run the following commands to delete and regenerate all initramfs's

Webkit sandbox is broken in the current build. In order to be able to use Qt based browsers it is necessary to create the file "/etc/profile.d/sandboxhack.sh" with the following contents:

This sets an environment variable that kills the webkit sandbox because that's broken in the current build. This should be fixed already for the chromium musl build but not yet for all qtwebkit based browsers. This is being worked on here and here.