How to influence/change boot order

Boot order is eMMC, USB, UART, uSD. That can be overwritten by software until the next cold boot:

eMMC boot can be skipped using a 470 Ohm resistor from eMMC DAT 0 to GND on powerup. So that would be a recovery if loader on eMMC is broken. 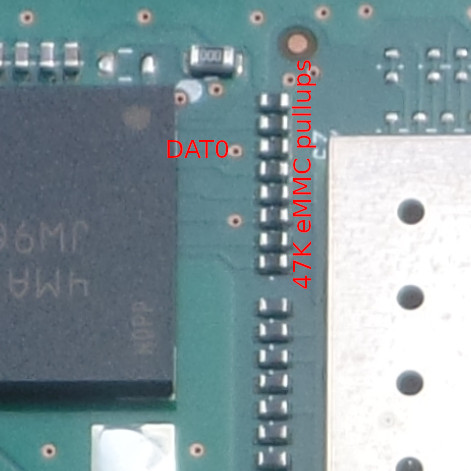 JP1 (soldering jumper on the back side = gpio-138) needs to be shorted to enable serial console on factory kernel/u-boot. (4 2.54mm pitched holes). Voltage level is 1.8V 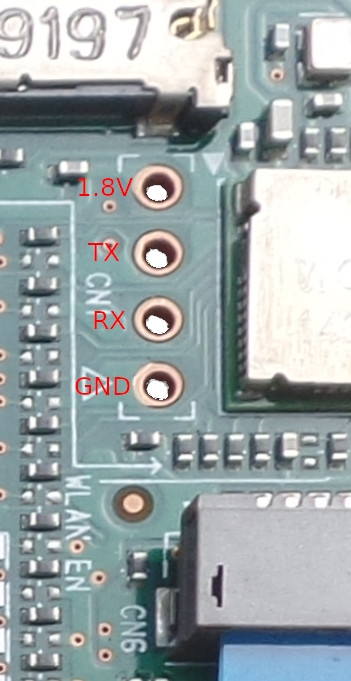 Boot process of the original system

Xloader is located at sector 256 and loads U-Boot from sector 512 as a raw headerless binary on the same device as Xloader also was loaded from. CONFIG_SYS_TEXT_BASE of such a u-boot has te be set to 0x80e80000. Size limit is 0x60000 bytes.

Factory U-Boot tries to load a sdboot.scr from the first partition (which must bet FAT) of the uSD card which is executed if some requirements are met, if not, normal boot from eMMC is done. Fastboot can be activated via commandline.

System can be installed on uSD card. To be able to boot that you need to either